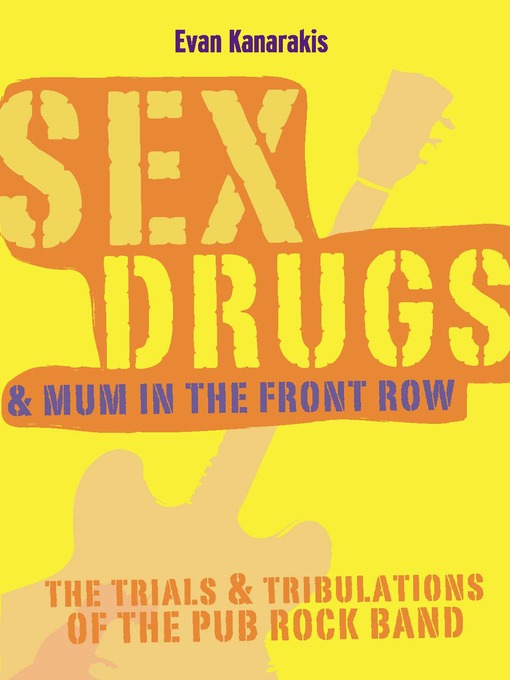 Three Tales from The Kelpies

THE RANDOMLY GENERATED FAN TORNADO
Punk rockers, the Kelpies, quite literally rampaged through Sydney in the early 1980s, albeit for a brief but frenetic run. Their first show was a taste of the mayhem to come, however the random nature of the punk scene at the time and whatever else it was that seemed to be hanging in the air that particular night⎯perhaps a full moon⎯prompted developments well beyond the band’s control.

The scene was the Platform 26 venue near Central Station, and the Kelpies were booked into a middle slot between two other bands. Belying their hard punk rock exterior, a mixture of nerves and excitement hung over the band as they readied themselves. A relatively passive but supportive small crowd had just seen the first band play when it was time for the Kelpies to take to the stage, and they stepped forward with confidence.

Suddenly, inexplicably, two hundred punk rocker fans turned up out of nowhere to watch the Kelpies’ show. An instant packed house quite literally appeared as if from thin air. The band rocked hard, and the punks showed their approval as only punks can⎯they proceeded to cause about $5000 worth of damage to the club. Fights broke out in the crowd, beer bottles were thrown through windows, the toilets were attacked and trashed, blood was spilt, and the police were eventually called in to sort out the melee. And then, when the Kelpies finished their show, as swiftly as they had arrived, two hundred anarchic punks disappeared into the night, leaving the third and final band for the evening⎯the headlining act⎯without much of a crowd, let alone a venue for their own performance.

Though unexpected, in purely punk terms, the Kelpies first show had been nothing short of an overwhelming, calamitous success.

WE HATE YOUR FANS
If the Kelpies had been left wondering after their first gig whether or not the sudden show of rabid support for them by two hundred punk fans was merely an anomaly⎯a complete one-off never to be repeated, their subsequent shows provided the answer. Sure, this was a wild period in Sydney’s punk scene, and sure vandalism and the occasional fisticuffs between leather-clad youths used to break out at gigs. But the Kelpies seemed to attract an especially wild breed of punks. For whatever reason, without prior reputation or provocation, the Kelpies had a dedicated and sizeable fan base from the very outset that loved them and only them, and a trail of destruction followed the band wherever they played. 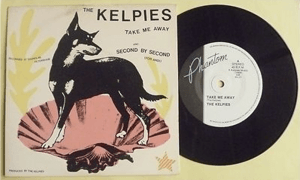 This all culminated when the band performed at the Paddington Town Hall one evening. The Machinations had been slated in to headline the night, but when they turned up and had a quick look at the crowd, they promptly offered a polite ‘No, we’d rather not’ and left. It was a wise move. The Kelpies played a fantastic show, but that night their fans truly peaked, and put on their greatest performance ever. The pub was, quite simply, a war zone. Not one window or mirror was spared, and glass was everywhere. Kelpies drummer Ashley Thomson went into the men’s toilets and discovered they no longer existed. He went into the women’s toilets and they, too, had merely been replaced by a mess of broken porcelain, smashed doors, and flooding water that was now rushing forth and spilling out into the streets. Punks fought punks, and punks fought whoever else happened to be in their line of sight. Not one policeman turned up that evening, perhaps drawing on the same wisdom The Machinations had displayed earlier.

I mean, sure, every band aspires for a strong corps of fans, but in the Kelpies case it seems they were instead adopted by demon war-dogs from hell. Either way, it offered the Kelpies what must surely be the distinct honour of never being allowed back to play at a venue twice during their entire career. Now that’s rock and roll.

GRAFFITI ARTISTS AND SWINGING TORNADOS
Despite the wild reputation, during their brief but fiery career, the Kelpies came to the attention of a rather important Sydney music management group, and they offered the band a gig at a venue in Manly. The band took the opportunity very seriously, and in the weeks leading up to the show really fired up for it, practising hard, tightening their musicianship, and preparing to deliver a great show.

Unfortunately, while the band played extremely well, as was usually the case with the Kelpies, the gig, though even in Manly, and away from what was arguably their ‘home’ base in the inner city, was attended in full by the core legion of their notorious punk fans. The pub was, in keeping with custom, completely trashed during the Kelpies’ show, much to the horror of the management representatives in attendance. After trying to dodge the various fights that had broken out, and negotiating through the shattered glass, and splintered wood, the industry folks had seen plenty. If that wasn’t enough, while actually leaving the venue, one manager returned to his car only to discover that it had been spray-painted with the word ‘KELPIES’ across the side. It had probably been the Kelpies biggest opportunity gig ever, and it was completely destroyed by their fans. When word of such destructive evenings spread, opportunities of equal significance never again came for the Kelpies. As drummer Ashley Thomson noted, the band maybe had more potential than even they realised, but a combination of factors, perhaps most significantly their fans, prevented matters from developing further.

True to form, when the Kelpies finally decided to call it a day and play their last gig, they bade farewell in typical style. The group felt it was time to move on, and for some, their own growing addictions to the excesses of the lifestyle were taking a toll. Prior to the show, which was at the Mosman Hotel, Ashley in particular, had gotten into the ‘spirit’ of things rather generously, and by the time the Kelpies were due on stage, he was well and truly buzzing.

As the group hit the stage for their final, rocking show, the fans responded with their expected high levels of appreciative energy and fury. Halfway through the evening, three fights broke out in the crowd. Though this wasn’t necessarily anything new for a Kelpies’ show, Ashley’s reaction was. In the middle of the song, he abruptly jumped up from his drum-kit, bolted out into the crowd and, like some kind of whirling dervish, would have made any punk proud as he threw himself headlong into each of the fights. While the remainder of the band looked on in shock, Ashley proceeded to overcome and belt the tar out of every single person in the handful of aggressors. This done, he turned and bounded onto stage and to the drum-kit again, where he counted his fellow musicians back in with a ‘One, two, three, four!’ and launched them forward the next song as if nothing had happened at all. It was the only appropriate way for the Kelpies to have thanked and said goodbye to their devoted fans⎯by beating the crap out of them.

A few days later Ashley ran into a few friends who were followers of the band, and noticed they had black eyes, cut lips, and other cuts and bruises. He asked what the hell had happened. Their answer was generally the same, ‘You fucking punched me on Friday night!’ A little dumbfounded, he asked them not to take things personally; sorry, but it was just the Kelpies being the Kelpies.

With that, the curtain fell on a band that may not have achieved multi-million dollar stardom, but, at least in quick time, had burned as brightly as any musician could have hoped for.