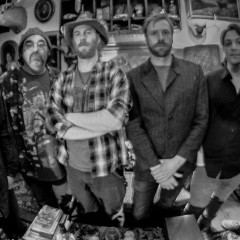 Since 2009 and with a sound that spans influences as diverse as country, rock and Americana, The Mallett Brothers Band have cemented a reputation both within their native Maine and across the United States as a critically acclaimed band with a reputation for great live shows. 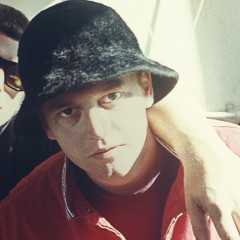 Rock trio DMA’s have garnered considerable attention over the past year, both in their native Australia and, increasingly, abroad.

DMA’s Johnny Took recently took time out to talk with GasCan’s Evan Kanarakis about the band’s origins, their music and where exactly the road ahead may lead… 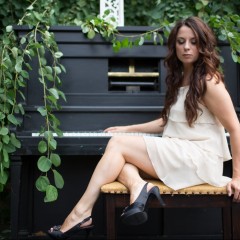 “Being in a band is a lot like being in a relationship – only you’re dealing with multiple people, not just two. The six years I spent with my band were incredibly rewarding, but also challenging.” Evan Kanarakis Jenna Paone is a Boston, Massachusetts-based songwriter, pianist and vocalist who recently embarked on a solo career after performing in a band for six years. The fifteen-track effort, “Hammers &... 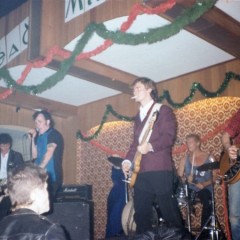 The Gascan Interview: Ashley Thomson of The Kelpies

It lasted for just under a year and a half but, from March 1981 to August 1982, the Kelpies emerged as one of the most frenetic–and notorious–bands to hit the punk scene in Sydney, Australia. Evan Kanarakis The band consisted of James Gelding on vocals, Mark Easton and Brian Conolly on guitars, Con Murphy on bass, and drummer Ashley Thomson. Given so many of the band’s membership had already earned their stripes in a... 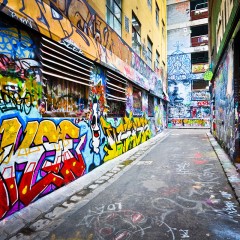 Three Tales from The Kelpies The following are are taken from Evan Kanarakis’ 2003 book, ‘Sex, Drugs & Mum In The Front Row’ (Allen & Unwin). Evan Kanarakis THE RANDOMLY GENERATED FAN TORNADO Punk rockers, the Kelpies, quite literally rampaged through Sydney in the early 1980s, albeit for a brief but frenetic run. Their first show was a taste of the mayhem to come, however the random nature of the punk scene at the time and...