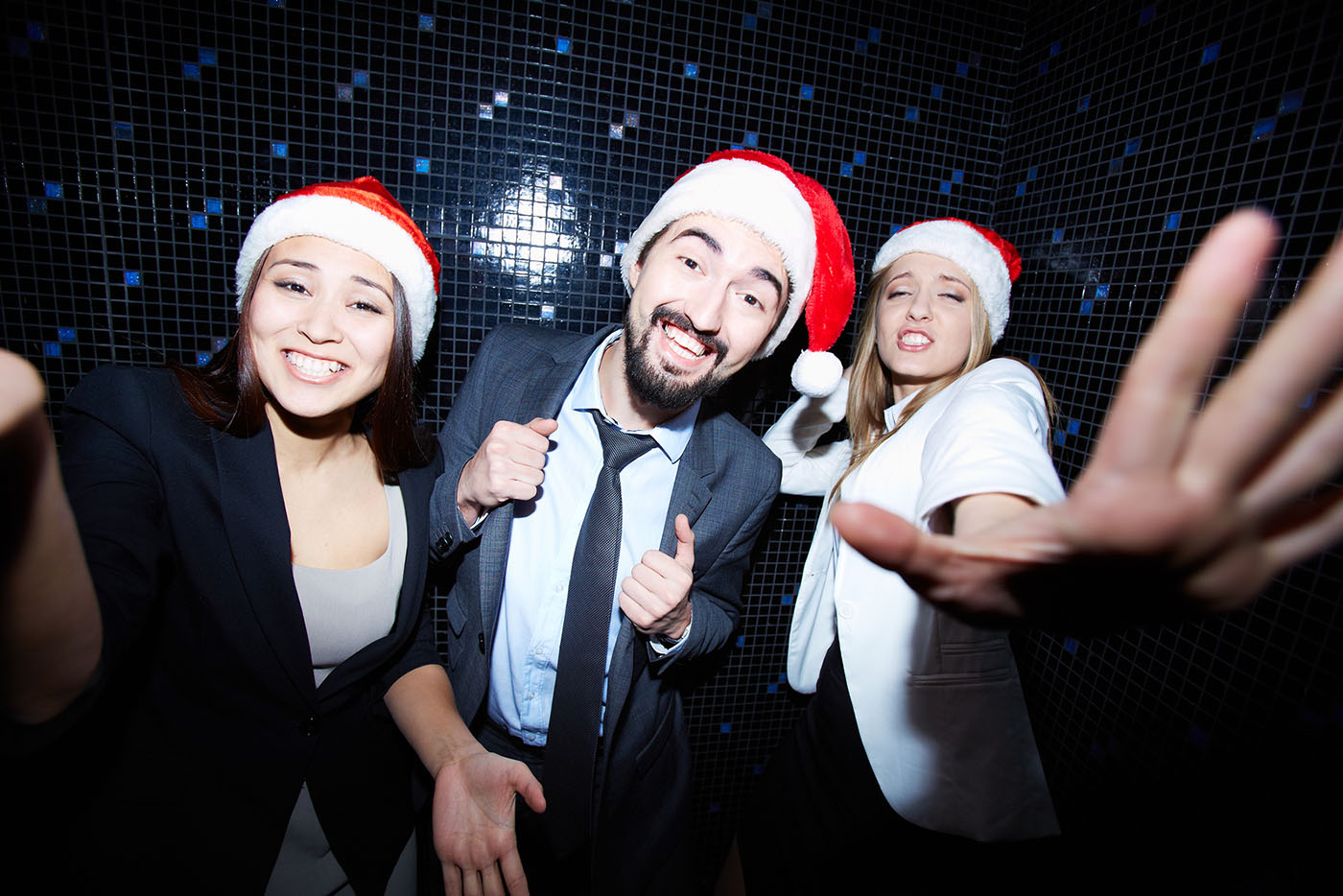 The omnipresence of Christmas music has Evan in a contemplative mode. How much of it do we actually hear and how much do we want to?

So we’re once again at that time of year where any venture into a retail outlet is met by an endless rush of Christmas music which, of course, is intended to not only ‘get us into the holiday spirit’ but also to remind us that we must shop, shop, shop because it’s the season for giving. There are songs about Jesus, about Santa, and even about three kings bearing gifts of frankincense, gold and myrrh (though surprisingly no songs about that inept fourth king whose camel gave out on the way and was bearing an X-Box 360. J.C was devastated by his no-show. I mean, what the hell’s a kid supposed to do with myrrh, anyway??).

With the exception of a couple of ditties, I personally can’t stand Christmas music. I’m no Grinch, I just can’t handle the annual audio overload as well as others. As a kid, I was always partial to Nat King Cole’s classic 1961 rendition of ‘The Christmas Song’ by Mel Tormé and Bob Wells, but the song has been rehashed and re-recorded by so many singers over the years –many of dubious talent- that it doesn’t elicit much of an emotional response these days. I’m rather fond of a comical ‘adult’ version of ‘The Twelve Days of Christmas’ I was taught years ago, but it’s far too filthy to share with you here, and certainly not appropriate for your average Wal-Mart Christmas shopper (to point: the least offensive part of the entire song refers to ‘four poxy whores’ in place of the more traditional ‘four calling birds’).

I suppose when any song is overplayed, regardless of the style or genre of music, it will eventually always lose impact. Instead, value will often last over time when a song is connected to a strong personal memory or experience that no amount of overplaying can ruin (hopefully). This gives songs added significance beyond words and music that may not even hold meaning anymore. One of the few Christmas tunes I do enjoy, for instance, is ‘O Tannenbaum’. Whenever I hear the song I’m taken back to the age of four and a Christmas party at my pre-school in Athens, Greece. A choir of older children performed ‘O Tannenbaum’ to us that evening, and I can still clearly see an old gent dressed up as Saint Nicholas reaching into a sack of toys and gifting me a bright yellow pail and bucket. It’s a warm, happy memory, and I remember how excited I was to receive that present. Today, however, when I walked through Macy’s department store and the English version of the same song -‘Oh Christmas Tree’- was being played, the first thing I spotted was a display case full of overpriced Kim-motherfucking-Kardashian perfume. At that moment the music didn’t make me feel all warm and fuzzy and transform me into a generous gift-buying mood, it made me nauseous. I refuse to allow that experience to taint what is arguably the one Christmas song I can still happily listen to without wanting to punch myself in the head.

What value we place on a song or genre of music or band will of course differ from person to person and for a multitude of reasons, ranging from aforementioned personal experiences to subjective taste to, even, one’s tolerance threshold. Me, I find that Christmas tunes would probably be more enjoyable if I was to only hear them once every four years, given the Olympics have proven four years is about what I also need to give a shit about watching competitive weightlifting and water polo. Other people I know would be happy to listen to Christmas music every day of the year if they could. Each to his own, of course, though I’d like to make note of the fact that these folks tend to also wax lyrical to me about their love for re-runs of ‘Highway To Heaven’ and ‘The Waltons’. I’m not saying there’s a connection, but it feels important to mention. I bet up on Walton’s Mountain they’re playing ‘Little Drummer Boy’ 24-7.

Of course Christmas songs are a very particular type of music, loaded with a specific kind of sentiment and intent. Depending upon one’s views of Christmas and the commercialization of the holiday, you may never care to listen to any holiday music, whether it be from Bing Crosby singing ‘Silver Bells’ or metal act Faithbomb powering through a rendition of ‘God Rest Ye Merry Gentlemen’. But Christmas song or not, the same case could be made for what you think of any particular band whose music you’ve grown tired of hearing. You only hear Christmas tunes for a few months in a year, but how many times in that same year do you tune into a radio playing ‘Satisfaction’, ‘Smells Like Teen Spirit’ or ‘Let It Be’? Even the most respected of classic songs need to be put away for a while so that we can better appreciate them, or at the very least so as to regain perspective on why it was that we loved them in the first place (hint: probably not because of the Ford truck advert on TV that had it playing in the background). Now naturally I’m not comparing The Rolling Stones, Nirvana and The Beatles to Christmas music. A classic like U2’s ‘One’ shouldn’t be compared alongside ‘Rudolph The Red-Nosed Reindeer’. I love ‘One’. It gets me all sentimental thinking about a girl I saw briefly in college. But while ‘One’ isn’t played non-stop each year from November to December just as ‘Rudolph The Red-Nosed Reindeer’ is, it sometimes feels like I can’t escape the ruddy tune when navigating through my radio dial. I’ve heard it enough that I need a break from it. Maybe even an ‘Olympic stretch’ kinda break…

Back in October, Nitsuh Abebe pondered in his New York Magazine article ‘Indie Grown-Ups’ about whether or not some of our established ‘indie music’ acts should, today, be more appropriately considered ‘adult contemporary’, a classification that keeps many musicians whose cred is under fire awake at night trying to shake off cold sweats. Abebe argued that gradually and, regardless of intended design or not, musicians like Wilco, Radiohead, Feist and others were generating less challenging work that was still good enough to be free from resounding criticism and thus popular enough a staple for many listeners as to remain in the mainstream. This might not be the stuff of true mainstream sugar pop or country music, but Abebe felt the material was safe enough that it would encourage alienated listeners to soon seek out other music elsewhere that was perhaps better labeled as true ‘indie’.

Predictably, Abebe’s article prompted a slew of responses, and not just from fan-loyalists whose bands he had relegated to the dreaded ‘middle of the road’ of mainstream. Other than the fact hard classification of music is always incredibly limiting (one could argue a multitude of classifications for the evolving music of Radiohead, let alone lumping them in a category that compared them to Wilco or Feist), one shouldn’t dismiss the fact that what it is to be ‘adult contemporary’ has evolved over time as well. If we’ve shifted from the music of Live or Train some ten years ago to Wilco and Bon Iver today, then we’re looking at some serious change. And then, of course, there’s that whole other argument that could be made of whether there’s anything wrong with a band being considered ‘mainstream’ anyway.

Regardless, what Abebe’s article had me thinking far more about was how music, regardless of classification, made me feel. In an email exchange with a friend about the piece she offered up what I thought was a well-summed personal assessment:
“Being part of the generation who grew up on indie music, it’s that genre that I personally find safe and comforting. When I’ve been up since 5am and I’m trying to get two kids off to school and get to work on time, I don’t need to be listening to ‘challenging’ music… I’ve already got enough challenges in my day and besides… my kids love Wilco.”

In other words, even if the music may have been considered more ‘challenging’ ten years ago and has softened or lost its initial impact due to over-familiarity, there’s a case to be made again for the ongoing value in music often lying in those places that, as my friend put it, we find ‘safe and comforting’ in it.
Kinda’ like my own ‘O, Tannenbaum’ experience versus most other Christmas carols (while, ahem, taking care to acknowledge that a song about how pretty a Christmas tree is probably wasn’t all that cutting edge and game-changing for music when it first came out).

I’ve always been an unashamed fan of Pearl Jam. I know that they’re not to everyone’s taste but that’s fine- there’s something about their music and the manner in which they conduct themselves with integrity and humility, and in the relationship they have with their fans that never fails to impress me. Now have I heard tracks like ‘Alive’, ‘Even Flow’, ‘Hail, Hail’ and ‘Animal’ hundreds upon hundreds of times? Absolutely. Am I too blind a devotee to ever admit that on occasion I might tire of hearing these songs? Maybe. Either way, there’s certainly a personal connection I have for much of Pearl Jam’s music that takes me back to a particular time and place in my life that gives it added, significant meaning. It’s that kind of meaning that allows me to find ‘safety and comfort’ in listening to those songs that will fail to tire me out when most other people would already have been screaming at me “Enough of the fucking Vedder!!!!” ten hours ago.

And I suppose the same thing goes for those folks out there that can’t get enough of Christmas music. They can’t all be brainwashed zombies whistling cheerfully to “All I Want For Christmas Is My Two Front Teeth” while overloading credit cards with gifts that their relatives neither need nor want. Again, I’m no Christmas Grinch here. I really do love the holiday. I have to believe that there is either genuine ‘fan’ devotion or a deeper personal connection to the music that keeps them smiling, because the brainwashed zombie alternative makes me very sad indeed.

So listen on unopposed, you fans of Christmas music, and in four years I’ll get back to you. Perhaps all I’ll have needed is a brief respite within which to rediscover my love for that music, and to recall some fond connection I had to the songs that will bring me real joy and tapping my feet. I still won’t be caught out whistling for Santa and numbly opting to buy the shitty celebrity-brand perfume the big department stores are hoping I’ll go for, but I’ll whistle on nonetheless.

And, if all else fails, I’ll always have Pearl Jam.