Home » Feature » On Matters of Influence 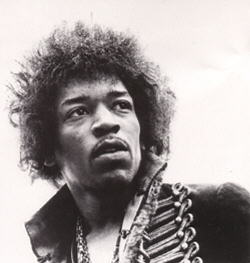 Some musicians leave legacies. Others, like Jimi Hendrix, do more: they forever alter the way that music is created.

I was recently watching a 1968 CBC interview with Jimi Hendrix and the conversation turned to his popularity in the United Kingdom. Hendrix was asked whether he thought his music sounded quite close to what other popular English groups of the day were performing, and if that may have been a big reason for his ‘across the pond’ success.“I don’t think about it”, was his short answer. Later, the interviewer asked if Hendrix’s music naturally veered towards blues or was part of a late-1960’s ‘blues revival’. Once again, Hendrix countered by suggesting that he just tried to play music that came to him naturally, without consciously ‘jamming back’ to blues or jazz and deliberately referencing or ‘copying’ the past.

Hendrix would have never considered the influence of blues on his music a bad thing, far from it. Heck, other noted artists like The Rolling Stones proudly built a whole career based on rhythm-and-blues. But Jimi was likely a touch irked by questions he perceived might suggest an artist wasn’t all that original if they sounded like other bands or admitted an obvious musical influence. Surely the Stones would bristle if dismissed as mere ‘blues thieves’, especially given their global success played an integral role in popularizing the music of their predecessors. Of course Hendrix was just breaking through at the time, finally out of the shadow of the countless other musicians under whose direction he had performed for so long. Naturally, he wanted to assert himself as an artist who had something new to offer and wasn’t merely a ‘throwback’ artist or jumping on the back of other contemporary sounds. 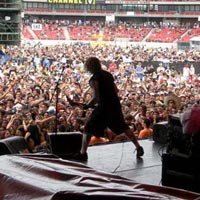 Ultimately, this all leads us back to a discussion on matters of influence and music. Unless an artist has been living in a complete vacuum, it’s impossible to avoid influence. What is arguably more important, however -and what we might hope most musicians strive to do- is recognize what value lies in one’s influences and then try to come up with music that represents a unique and distinct spin on what came before and that has something fresh to say while also maintaining one’s own individuality and personal expression.

Hendrix surely succeeded in this mission many times over. That’s not what we’ll always see, though. Music is subjective and what makes one person sing along may prompt another to run for the hills while trying to contain the blood now pouring out of their ears. Some musicians, whether for profit motive, a lack of identity or, simply put, due to a lack of creativity, churn out cheap imitations of what has come before. Many actually manage to earn millions doing just that, but few could make a case that they’ve added much in the long view to the historical canon of rock. Then again, a band that plays for the sheer love of music, unaffected by trends and popularity, and that couldn’t give a self-conscious crap about their contribution to ‘the historical canon of rock’ is probably doing just fine.

Goodness knows there’s also something a tad tiresome in the same scripted responses that many bands offer up when asked in interviews to name their musical influences. It seems as if there’s a prescribed ‘cool’ list that lends credibility to an act if they’ve named either what are universally celebrated musical influences, or acts that are in contrast so obscure and unknown as to suggest that anyone else is just not hip enough to have heard about them. Again, there are no right or wrong answers to such a question. It’s hard for me, however, not to think back to a certain young musician from Sydney, Australia that once asked me to cite Lou Reed and the band Television as his influences in an interview. Afterward, he queried if I thought the mention of such acts would make him appear ‘serious’ enough to the public, even as he’d listened to neither. And then he proceeded to launch into an extended conversation about his love for the Russian duo t.A.T.u… 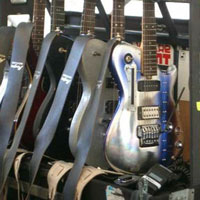 One example of a band that has happily and unashamedly shown and discussed their musical influences is Pearl Jam. Individually or as a whole, countless acts have fed into Pearl Jam’s body of work (perhaps the most oft-mentioned would be the music of The Who), and this is clearly evidenced in the broad list of covers performed by the band through the years, including J. Frank Wilson & the Cavaliers (‘Last Kiss’), Dead Boys (‘Sonic Reducer’), MC5 (‘Kick out The Jams’), Neil Young (‘Fuckin’ Up’), Dead Kennedys (‘Bleed For Me’) and beyond. That said, I always loved that guitarist Mike McCready cited KISS as a major influence on him when he was growing up. I’m sure plenty of fans and critics alike would struggle to find a common thread between Pearl Jam’s withdrawn onstage persona (especially post-Roskilde) and the pyrotechnics and theatrics common to a KISS show. Others wouldn’t be caught dead admitting they enjoy listening to KISS, terrified that it would somehow undermine their hipster cred.

Regardless, the proof of this formative influence on McCready’s music can be found if you look closely enough, and it even offers an insight into what acts had an impact upon KISS guitarist Ace Frehely in his songwriting- namely The Doors. Listen to Pearl Jam’s ‘Alive’, then follow it up with a listen to ‘She’ by KISS. Next, have a listen to ‘Five To One’ by The Doors. Pay particular attention to the guitar solos that take place about three-quarters of the way through each song. There, shifting back from 1991 to 1975 and finally to 1968, elements of one familiar sequence can be found in each tune, even as all three rock songs are notably different, and performed by three markedly different bands. The happy reveal is not just proof that these musicians enjoyed and openly acknowledged musical roots, but that they were able to successfully filter elements of what came before into a creative process that produced sounds fresh and unique to their era and without any hint of plagiarism or blind replication. 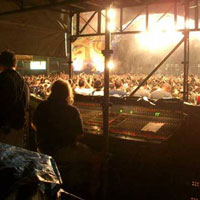 As fans, trying to decipher a musician’s deeper influences can be a fun process, especially when they might not be willing to cite some of their ‘guilty pleasure’ favorites, or the influence was operating at even an unconscious level. After all, even in moments of deep, absent thought we may find ourselves happily tapping a foot to the most unexpected of tunes playing on in the backgrounds to our daily lives. A musician’s greatest obligation is to perhaps be honest to him or herself and just have pure, unadulterated fun in embracing the mighty rock and the roll. By his own admission in 1968, Hendrix didn’t spend too long thinking about what came before and just played what came to him naturally. True enough, with eyes open, unencumbered and unconcerned by what was deemed popular, significant or integral to his musical bag of tricks, he managed to combine earlier influences with his extraordinary talent and creativity into some of the most iconic music of the entire rock era. And that’s exactly why, in turn, his influence lives on so strongly today as well.