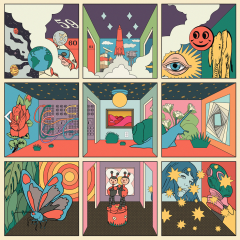 It’s been four years since their last record, Being No One, Going Nowhere. Seven years since Miracle Mile. This release does not mark a turning point, a creative shift or even a sixth attempt to stun the critics. In a way, this is great news. As a line on the seventh track “Palm Reader” goes, “Why should I try?” Joshua Hodges and the band have an intentionally zen approach. It’s organic pop that...

As a band, Wire has outlived a few of my friends. Their iconic late 70s releases Pink Flag and Chairs Missing are like aged celebrities who maintain their beauty without putty knives and needles. Their newest release Mind Hive is their seventeenth. The highest compliment you can pay a Wire record is to say that you love some of it. Their masterpieces were intentionally scattershot attempts to cram a lot into an LP. For the fans who... 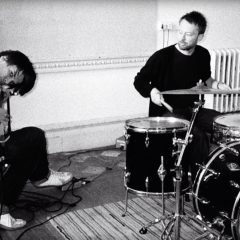 One of the few bands that could remix their own tracks with children’s instruments and make them sound better. 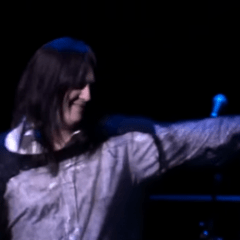 Leonard Cohen, the solo performer, was revered as a writer more than a performer. This makes sense as his greatest hits were covered by others who gained success from his songwriting. In the ’60s, Judy Collins covered his song, “Suzanne,” and it garnered attention for the fledgling Cohen. Much later, Collins’ was interviewed by Bill Moyers about this song. The reference point (for us) was a 1976 performance... 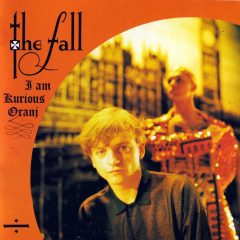 In 1988, as a kid with a fresh CD of “I Am Kurious Oranj,” I was not the toast of the party. I remember playing it for friends. No one was into it.* Christgau loved it apparently but that didn’t amount to anything (despite the VV’s popularity in that era). My favorite records have always been alienating. When I was 10, I played this LP for my grandparents and it, appropriately so, horrified them. A few years...